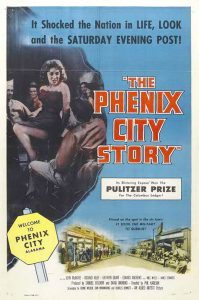 Synopsis: A crime-busting lawyer and his initially reluctant attorney father take on the forces that run gambling and prostitution in their small Southern town.

Note: There are no black people in the trailer but James Edwards and Helen Martin are in the movie.