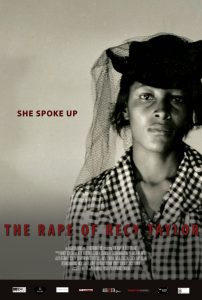 Synopsis: The true story of a 24-year-old wife and mother who was gang raped in Alabama by six white men in 1944. The doc highlights the black women who waged war to take back their bodies and their dignity, and by speaking up helped inspire the civil rights movement that was to come. READ REVIEW

Note: Premiered at the Venice Film Festival in 2017.