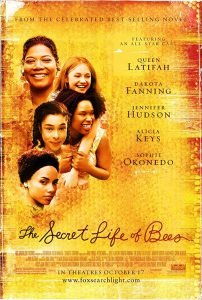 Synopsis: Set in South Carolina in 1964, this is the tale of Lily Owens, a 14 year-old girl who is haunted by the memory of her late mother. To escape her lonely life and troubled relationship with her father T-Ray, Lily flees with Rosaleen, her caregiver and friend, to a South Carolina town that holds the secret to her mother’s past. Taken in by the intelligent and independent Boatwright sisters, Lily finds solace in their mesmerizing world of beekeeping.