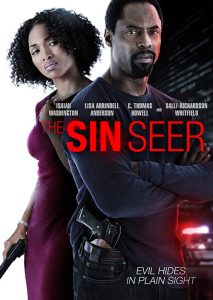 Synopsis: Rose Ricard has a gift, she can see into your soul. She can discern the truth from a lie and sometimes, she can perceive the very thoughts before they are formed in your mind. She uses these gifts to solve unsolved cases and bring closure where there is none. Her most recent case, unwittingly opens the doors to her own past and that of her new partner Grant Summit.