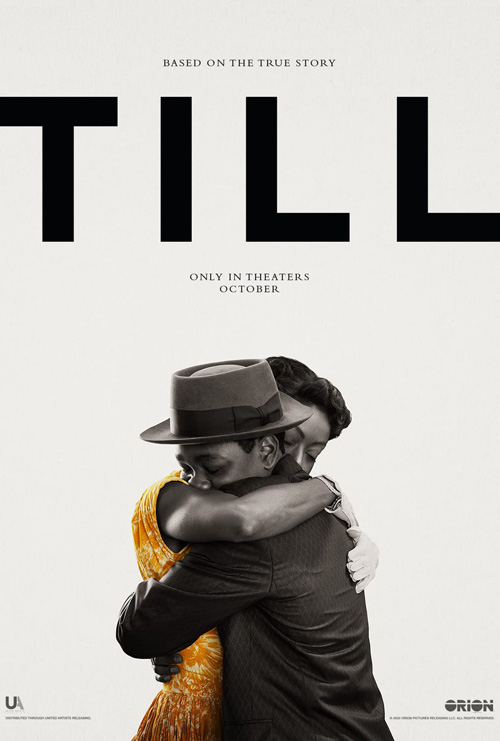 Synopsis: In 1955, after Emmett Till is murdered in a brutal lynching, his mother vows to expose the racism behind the attack while working to have those involved brought to justice. READ REVIEW

Release Date: October 14, 2022 (USA) | Length: 130 min | Genre: Biography, Crime, Drama, History | MPAA Rating: Rated PG-13 for thematic content involving racism, strong disturbing images and racial slurs. | Note(s): The film is based on Keith A. Beauchamp’s 2005 documentary, The Untold Story of Emmett Louis Till, which led the United States Department of Justice to reopen the Till case in 2004. Jesse Williams was originally listed as the director on this project. Original announcement. Whoopi Goldberg, Chinonye Chukwu and Keith Beauchamp are producers on this project. The film is scheduled for production in 2021 coinciding with what would have been Emmett Till’s 80th birthday. Principal photography on “Till” is set to begin in September 2021 in Atlanta. I wasn’t able to identify Marhonda Tant Campbell. Rakeem Massingill was in the original cast list but is not in the current one.