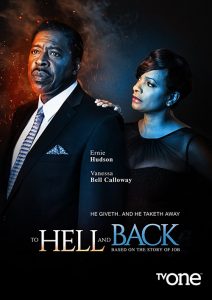 Synopsis: Joe Patterson (Ernie Hudson), a wealthy land developer, learns as God and the Devil take a wager on his blessed life that results in a series of tragedies that test his faith. With a happy wife (Vanessa Bell Calloway) and six beautiful kids, Joe struggles to endure murder, fatal accidents and illness all while doing his best to remain truthful to the god he believes has given him everything.