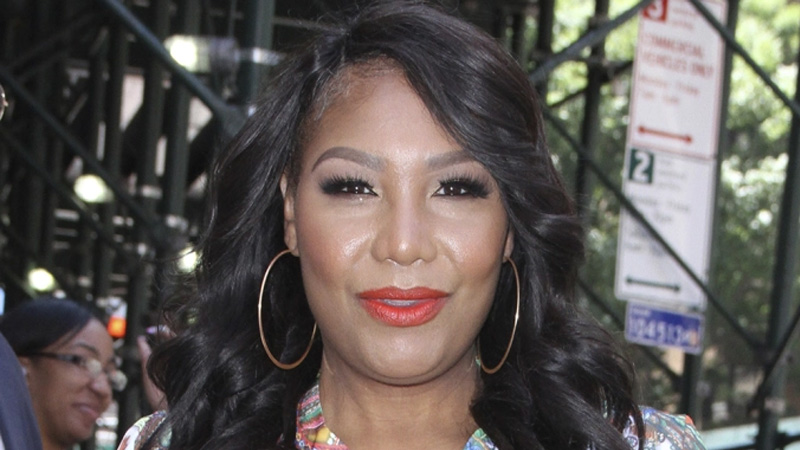 Traci Braxton, the singer, actress and television and radio personality who appeared on all seven seasons of “Braxton Family Values,” died Saturday after a battle with esophageal cancer, Variety has confirmed. She was 50 years old.

“It is with the utmost regret that we inform you of the passing of our sister, Traci,” a statement from her family read. “Needless to say, she was a bright light, a wonderful daughter, an amazing sister, a loving mother, wife, grandmother and a respected performer. We will miss her dearly.”

“We have come to a time where we must inform the public that, after a year of privately undergoing a series of treatment for esophageal cancer, our beloved Traci Braxton has gone on to glory,” Kevin Surratt, Braxton’s husband, shared in a statement.

Braxton was born in 1971 in Severn, Md. After growing up as a singer in her church’s choir, she began her performing career alongside her four sisters — Toni, Tamar, Towanda and Trina — in 1989 as the R&B quintet “The Braxtons.” After Toni was signed as a solo artist in 1991, Traci and her three sisters accompanied her as backup singers on her first tour. Traci took a break from music after the birth of her son, Kevin Surratt Jr., in 1996.

All five sisters, along with their mother, Evelyn, reunited in 2011 for the launch of “Braxton Family Values,” a WE TV series that ran for seven seasons and 148 episodes. The show was a favorite among fans, who especially loved Traci for her candor and sense of humor.

After joining the reality series, Braxton made a return to music with her albums “Crash & Burn” in 2014, which peaked at No. 11 on the Billboard R&B Albums chart, and “On Earth” in 2018. Her 2014 single “Last Call” reached No. 14 on the U.S. Adult R&B chart. Braxton reunited again with her sisters Toni, Towanda and Trina for her April 2018 single, “Broken Things.”

Braxton also starred in the films “Sinners Wanted” (2018) and “All In” (2019), as well as the 2017 stage play “There’s a Stranger in My House” at the Bowie Center for the Performing Arts in Maryland. She had her own radio spot for “The Traci Braxton Show,” which launched on BLIS.FM in 2013.

In an Instagram post Saturday, Traci’s son, Kevin Surratt Jr., wrote, “When I heard the news about my mother being sick, first thing she said was, ‘I’m going to fight and beat this.’ She fought to the end and today she’s at peace. I love my mother forever and this hurts so much, but I’m at peace knowing she’s isn’t in pain anymore. I love you ma, I’m going to miss you.”