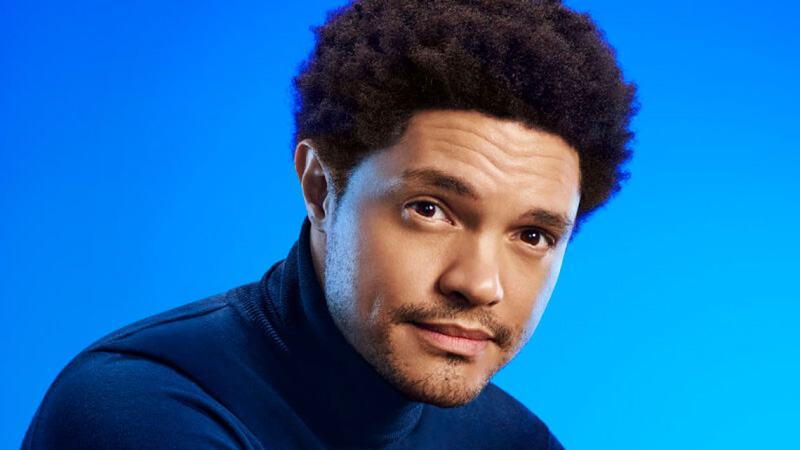 Trevor Noah admits that he didn’t think his exchange with Kanye West on social media earlier this year would blow up the way it did.

After Noah discussed, on “The Daily Show,” West’s behavior toward ex-wife Kim Kardashian, West responded by directing a racial slur at him on Instagram, which led to West being banned on the platform for a day. At the time, Noah responded on Instagram by noting that “the biggest trick racists ever played on black people was teaching us to strip each other of our blackness whenever we disagree,” and also that “I don’t care if you support Trump and I don’t care if you roast Pete. I do however care when I see you on a path that’s dangerously close to peril and pain.”

The Grammys, which Noah hosted, canceled West’s appearance on the show, in a move that Noah criticized. In speaking with Variety’s Awards Circuit Podcast, Noah explained why he responded in the way that he did.

“I’ve just become more comfortable speaking my mind in situations where I feel like the mob forgets that we’re dealing with human beings,” he says. “It’s easy to stand on the sidelines, see a train crash coming and say nothing about it. And then after the train crashes off the tracks, we say, ‘Oh, I saw that coming!’ Well, then why didn’t you say anything? Especially if you have some sort of platform, you have some sort of obligation to speak a truth. You know, see something and say some thing.

“And I also understand that human beings are a paradox. We can love people who we hate, we can hate people who we love. Human beings as a whole are complicated paradox. And so, I don’t like to live in a world where we constantly discard human beings like pieces of trash. Kanye West is somebody who has an indelible impression on my life. His music has literally taken me through different periods of my journey, But then there are also moments where I go, like, ‘man, Kanye, you, you’re going off the rails here.’ But I can still say that, ‘I care for you as a human being, that’s, that’s why I’m speaking out. I’m not going to not care for you, I’m not going to hate you all of a sudden.’ That’s how I try and see the world, that’s how I would hope people would see me.

“If I’ve engaged you as a human being, and if you like me, or if you like anyone in your life, I hope you’d have the ability to say to that person, ‘hey, I think what you’re doing here is wrong. I think you may be headed in the dangerous direction. And I’m saying that you because I like you. I don’t discard you as a person.’ And I think we have gotten very comfortable discarding human beings, immediately tossing them away and making them irredeemable characters. When in fact, I think all of us should be afforded the opportunity to redeem ourselves. All of us should have an opportunity at redemption.”

On this edition of Variety’s Awards Circuit podcast, we talk to “The Daily Show with Trevor Noah” host about a wide range of topics, including doing a topical late night show when the news is so incessantly grim. Also, the success of his correspondents, the fact that he may be the only weeknight talk show host who hasn’t gotten COVID, how he got his audience groove back and also the show’s multiple Emmy nominations — seven across “The Daily Show” and its companion series, the most for the franchise since Noah took over as host in 2015. Listen below!