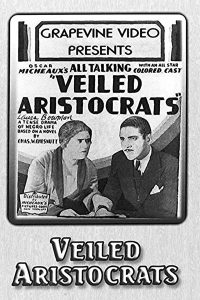 Synopsis: Twenty years after leaving home, John Walden returns to Fayettesville after having achieved his ambition to become a lawyer. He and his mother Molly, who is glad to be reunited with her son, discuss the problem of his sister Rena. A dark-skinned black man, Frank Fowler, has proposed marriage to her, while Molly had picked out a more light-skinned man for Rena. John also does not want the refined Rena, who has been reared not to associate with colored people, to marry any man who is black, as the family is light-skinned. As well, John has heard Frank say that he and Rena would marry immediately if it were not for Molly. Rena overhears her mother ask John to break up the match, and he promises to do so. At a nightclub, a woman indicates she will tell the story of the Waldens, and a waitress sings with piano accompaniment.

Although the length of this film has not been determined, it is believed to have been released as a feature. The credits and plot synopsis are based on a surviving trailer and fragments from two reels preserved in the Library of Congress. No song titles for this film have been found. According to a news item in Film Daily, the picture was finished by the beginning of the year and was the first of six planned all-black cast films to be produced for the current season by the Micheaux Pictures Corp. A later news item in Film Daily indicates that retakes on the movie were completed in January 1932. According to modern sources, the film was produced during the summer of 1931 at the home of actress Alice B. Russell’s mother in Montclair, NJ, which was known as “The Homestead.” Miss Russell was Micheaux’s wife. Modern sources note that the cast included Barrington Guy, Lawrence Chenault and Walter Fleming, and that Micheaux wrote, directed and produced the film. (TCM)