Vin Diesel is certainly quite the tease. He scored the role of Groot in Guardians Of The Galaxy after months of teasing fans about meeting with Marvel. And now he seems to be letting fans into another massive secret with regard to his possible involvement in Inhumans, a Marvel film slated for release in November 2018. Shortly after Guardians Of The Galaxy opened in cinemas, Diesel began dropping anvil-sized hints again on his Facebook page. “I get the strange feeling that Marvel thinks I’m Inhuman,” he posted, in a clear reference to the upcoming superhero movie. And he recently got even less coy in posting a fan-edited photo of himself sporting a T-shirt that asks, “Are you Inhuman?” Our money is on Vin Diesel playing Black Bolt, the perenially silent king of the Inhumans, in the film – which would be a nice touch, since Diesel already provides the voice of Groot. What do you think?

You Can Count Vin Diesel Out of Marvel’s Inhumans 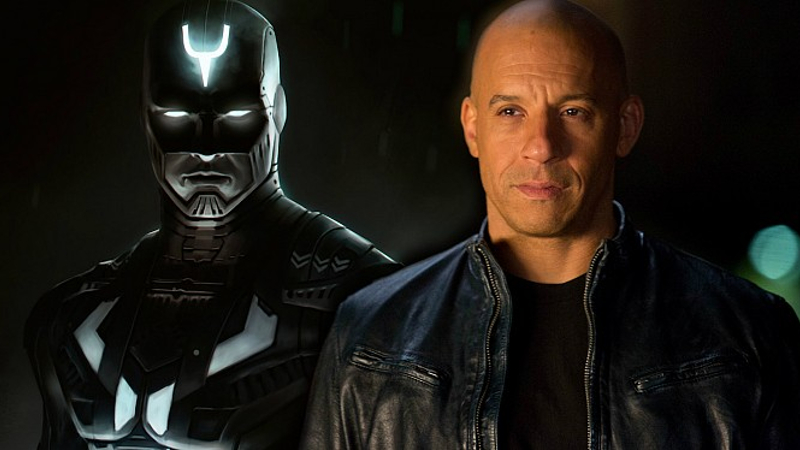 Since Marvel Studios launched the Marvel Cinematic Universe with a post-credits scene in Iron Man, the film franchise has grown to include a number of superheroes — including the latest to join the world in Doctor Strange earlier this month. Plus, additional Marvel Comics heroes have been introduced through the MCU’s TV offshoots, like Netflix’s street-level corner of the MCU, and ABC’s Agents of S.H.I.E.L.D. In particular, Agents of S.H.I.E.L.D. introduced a specific type of superpowered being, The Inhumans, in the show’s second season and has since developed their mythology within the live-action universe.

A movie following The Inhumans royal family was planned to be included on Marvel Studio’s big-screen release slate — originally slated to premiere in 2018 before being pushed to 2019. However, earlier this year The Inhumans movie was pulled from the release schedule and, more recently, it was announced ABC will debut a TV series based on Black Bolt and the royal family. Now, although Vin Diesel (who voices Groot in Marvel’s Guardians of the Galaxy series) has teased his involvement in The Inhumans as Black Bolt for many years, it’s likely he won’t star in the TV series.

During a Q&A on Facebook, Guardians of the Galaxy director James Gunn was asked whether Diesel would pull superhero double-duty and star in The Inhumans television show in addition to reprising his role as Groot in Guardians of the Galaxy Vol. 2. Gunn told fans they shouldn’t expect to see Diesel’s take on Black Bolt now that the project is headed to TV:

“The Inhumans is going to be a TV show. Unless Vin wants to take a huge pay cut and sign up to do a TV show it seems unlikely.” 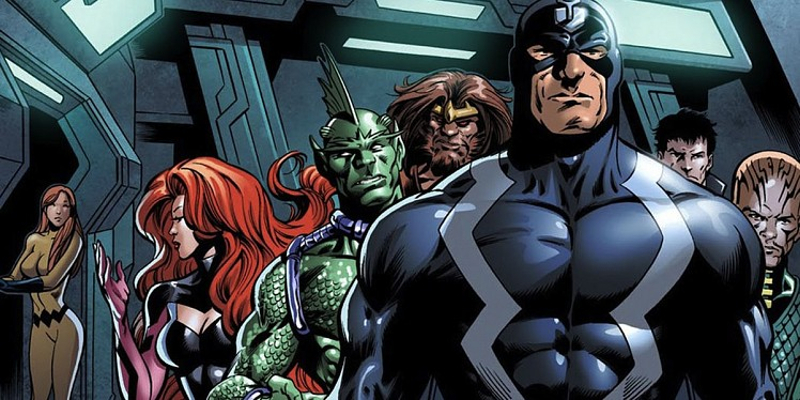 Of course, it seemed all but set that Diesel would play Black Bolt in The Inhumans movie since the actor teased an “Inhuman” role on social media twice in 2014 — once alongside a photo of Groot, and again with an edited photo of himself wearing an Inhumans shirt. Even as recently as a year ago, Diesel was teasing Marvel Studio head Kevin Feige’s “genius” plan for the actor in the MCU, although he later seemed to imply he was waiting to be “wooed” by Marvel. Now, with little known about what is planned for The Inhumans TV series, it appears Marvel may need to search for a new lead.

That said, Marvel TV is producing The Inhumans with the help of IMAX, which should hopefully elevate the look and feel of the series beyond what viewers expect of broadcast television. Certainly, since Marvel is premiering the first two episodes in IMAX, it’s indicative of a more cinematic series. But, there will still undoubtedly be a pay cut as Gunn mentioned, as well as a longer commitment since The Inhumans is expected to run for a full 22-episode debut season.

Still, there has been a general trend in Hollywood of movie actors making the jump to TV — although usually for a limited series on a cable or premium network. Nevertheless, it remains to be seen who Marvel casts in The Inhumans TV series — but fans likely shouldn’t get their hopes up for Diesel to portray Black Bolt.