What’s Next for Jordan Peele… 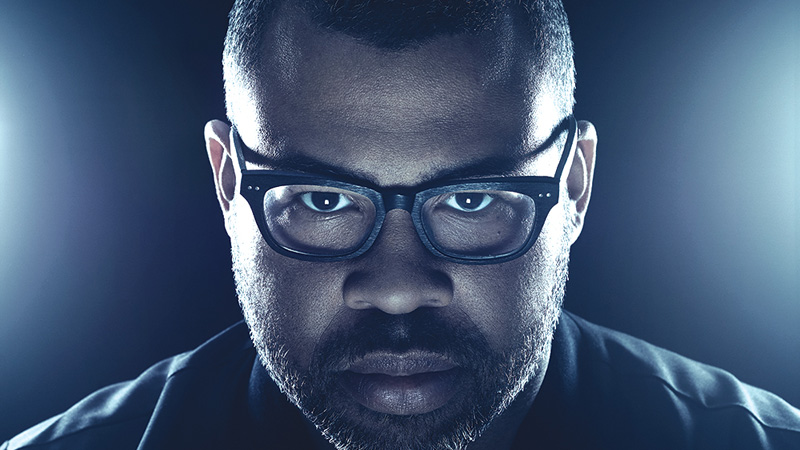 Atop the coffee table inside the house where Jordan Peele’s Monkeypaw Prods. lives sit some very on-brand periodicals — titles like Heavy Metal, Fangoria and Rod Serling’s Twilight Zone Magazine. The Twilight Zone issue is a gem. It not only boasts a photo-realistic illustration of a human baby with a cat head but also a David Lynch retrospective covering his career “From ‘Dune’ to ‘Blue Velvet’” and a special report that takes readers “Inside the New Horror.” The magazine is dated 1988. Its owner was 9 years old when it was published.

Thirty years later, it’s a pretty good emblem for what he’s up to.

The Monkeypaw house is an unorthodox place for a production company. First of all, it’s, yes, a house — balanced precariously on a Hollywood hillside, tucked into a residential neighborhood. Peele sits on the balcony of the upper floor, under the Hollywood Sign, a view that recent New York transplants in his company still gawk at. It’s from that perch that he’s running a mini empire, having leveraged the surprise success of feature directorial debut “Get Out” into a power position as a producer. Fueled by the box office returns of that film, along with an Oscar for original screenplay, he’s become one of the entertainment business’s most sought-after creators. 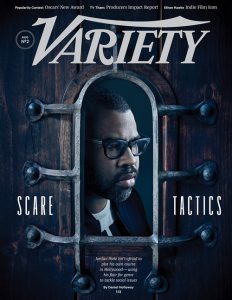 “‘Get Out’ is the beginning of a movement of representation in genre of social relevance in fun movies — of elegant, artistic movies that also can have great box office potential,” Peele says. “It’s the same in television. I think people recognize that if you’re going to make something in this subgenre, we’re the experts.”

The guy from “Key & Peele” is now a top-tier filmmaker able to get almost any TV show he wants made — and he’s crafting a company in the mold of Steven Spielberg’s Amblin and J.J. Abrams’ Bad Robot to power his ambitions. He’s about to begin production on “Us,” his next feature as director and writer, and has five current or forthcoming series at six networks or platforms, a brand-new first-look deal at Amazon Studios, an animated feature and a Spike Lee joint with his name on it.

Little is known about “Us” other than that Universal plans to release it next year and it will be a socially minded thriller with a relatively modest budget (though not so modest as the $5 million spent on “Get Out”). That intersection — of smart genre entertainment and social consciousness — is where Peele is building his company and his future as a producer, filmmaker and creator. Listen to him talk about any of his projects long enough, and you’ll begin to see where their DNA shows a shared ancestry with “Get Out.”

“Genre is important to me because that’s what I love to watch,” Peele says. “Every now and then, a drama will really get me, but for my money, I look to cinema, I look to television as an escape. And that means an escape from reality. I think one of the things that we try and do is provide an escape for our audience — but to not let that allow us to shut our eyes to what’s really going on in the world.”

Peele is one of only four African-Americans ever nominated for a best director Oscar. He also has proved that he knows how to make money at the box office. There is little doubt that if he wanted to, he could make big-budget spectacle pictures — or leave genre behind for the naturalistic small-bore storytelling favored by the Oscar voters who might someday give him a directing award. But by staying on the course he charted with “Get Out,” Peele can do what few in the business ever have a chance at — something new.

“Get Out” hit theaters after epidemic police violence against African-Americans became a fixture of national news and as President Donald Trump’s race-baiting began to increase in volume and shamelessness. When any of his projects come to television next year, they will do so in the wake of the Muslim travel ban, the dissolution of thousands of families at the U.S.-Mexico border, sexual abuse allegations against some of the media’s highest-ranking men and God knows what else.

“There has been a lack of imagination in Hollywood, which sets us up to bring in really new, creative ways of storytelling,” Peele says. “The imagination, especially, when we talk about representation, has been dull. For years and years and years, there’s this preconceived notion that diversity presents a struggle for projects. Well, the truth is, we haven’t invested in diversity. We haven’t invested in artists. So there’s a lack of courage, and I think, when you take leaps and you bring courage and confidence to projects, it works.”

That Peele’s projects are inclusive makes him a sound investment at a time when media companies are, more than ever, being taken to task for inadequate representations of women, people of color, LGBTQ individuals and people with disabilities. But Peele isn’t making shows about a Jewish boy killing Nazis, a woman cutting her abuser’s dick off and black people fighting monsters in the segregated South just so his corporate partners can score diversity points. He’s doing it because it’s fun.

“I think when you entertain first, you can get at something socially profound or intellectual much easier,” he says. “I think people prefer a story to a lecture or a history lesson. At least I do.”

What made “Get Out” so transformative was that it turned country-club racism into artisanal popcorn fare. “I think what Spielberg did with ‘Jaws’ is quintessential,” Peele says. “It’s totally terrifying, but it still feels like an escape.”