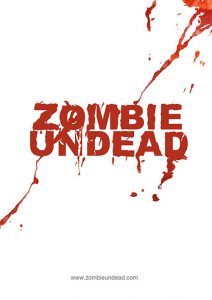 Synopsis: A car roars through the darkened country roads. Inside, a distraught Sarah, holding her stricken dad, Mark, is desperately trying to stem the flow of blood. Having been re-directed to an Evacuation facility on the edge of town, Steve, an off-duty Paramedic is in a race against time fully aware that Marks chances of survival are rapidly slipping away. The scene that greets them on arrival is one of chaos. The floor, awash with blood, is covered with the bodies of the dying and injured, doctors dart back and forth, clearly overwhelmed. A violent convulsion causes Mark to lose consciousness, heart stopped he slumps to the floor. As the adrenaline needle slams into her Fathers heart Sarah stumbles back and her world fades to black. Upon regaining consciousness Sarah is greeted by the uneasy silence of a seemingly deserted building. Bleeding and dazed she stumbles through the darkened corridors unaware of the fate that awaits her…