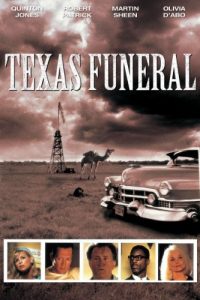 Synopsis: In Texas in the late ’60s, the Whit family meets for the funeral of grandfather Sparta. This, however, is no normal funeral, and the Whits are no normal family. Young L’il Sparta spies on the corpse and sees his grandmother involved in macabre and sinister rituals. His parents go and collect Aunt Miranda from the rest home where she has been locked away because of her part in a family scandal, while the tension between father and uncle over money matters is sky-high. In the stables, the camel belonging to the deceased has an attack of nerves, and after he’s been calmed down, the child meets the grandfather’s ghost who recounts all the family tales.

Note: Premiered at the Venice Film Festival in 1999.