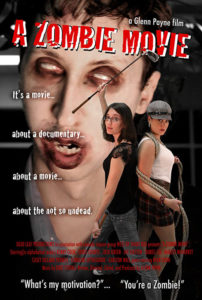 Synopsis: An improvised comedy about two inept co-directors battling for power while their diverse cast and crew rise up against them causing their dream production to crash and burn right before their eyes.

Not sure of the actual release date. IMDB says it was released in 2009. Amazon has a release date of 2017 and Glenn Payne’s Youtube channel says it premiered April 6, 2020. I’m going with the last date because that’s when the movie came to my attention. Credits say the movie stars “,,,the Improv Comedy Group West of Rag” (Kenny Cook, Chris Counts, Casey Dillard, Josh Green, Joe Guyton, Marley Maharrey, Caroline Upthegrove, Carlton Wall).