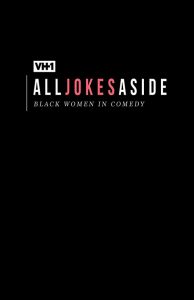 Synopsis: To celebrate Black Women in Comedy Week, VH1 created a new documentary called All Jokes Aside following a few leading ladies in the field including, Tichina Arnold, Amanda Seales, Luenell, Tiffany Haddish, Yvonne Orji, and many more as they unpack the ups and downs of being a comedian. From dealing with racism, sexism and the lack of representation that makes their lives as Black comediennes a lot of hard work. Being a Black woman is already tough, but these obstacles makes it even harder if you want to show the world how funny you are.