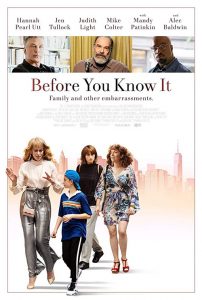 Synopsis: A pair of sisters find out that the mother they thought was dead is alive and starring on a soap opera.

Note: Premiered at the Sundance Film Festival on January 27, 2019. Above is the theatrical release date. Boma Akpore was in the original cast list on IMDB but not in the final one.