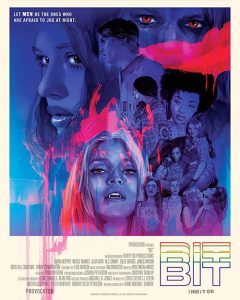 Synopsis: Desperate to get away from her small-town roots and find a like-minded community, Laurel hits the road for Los Angeles as soon as she graduates from high school. Sure, people in L.A. are different, but do these people seem extra different? Yes, they do, because they are vampires.

Note: Premiered at the Inside Out Film and Video Festival.