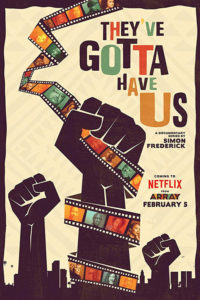 Synopsis: Powered by candid recollections from esteemed African-American entertainers, this docuseries traces the history of Black cinema. Part I: Legends and Pioneers – The Oscar-winning Moonlight became a symbol for black cinema, a revolutionary moment when black film-makers could identify when diversity and inclusion really started to take over the industry. To try and understand how we got to this moment, the film takes us back on a journey of discovery with three of the most revered professionals to have graced film – Harry Belafonte, Earl Cameron and Diahann Carroll. Part II: Black Film Is Not a Genre – A look at how black film-makers started to regain their voice, following an era when only white directors like Steven Spielberg were telling prominent black stories. The culmination of this trend was represented by the Hollywood blockbuster Black Panther. Part III: Black is the New Hollywood – This episode picks up the story in the post Black Panther era, where black movies are no longer seen as a genre and black filmmakers are no longer seen as non-bankable. In an era where Moonlight won Best Picture and the director of Get Out won Best Original Screenplay, the number of award winners and nominees are steadily growing. READ REVIEW

Note: I need to see the documentary to better identify people.