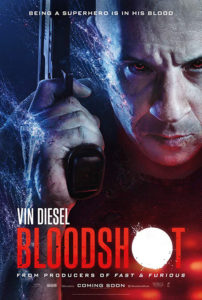 Synopsis: Ray Garrison, an elite soldier who was killed in battle, is brought back to life by an advanced technology that gives him the ability of super human strength and fast healing. With his new abilities, he goes after the man who killed his wife, or at least, who he believes killed his wife. He soon comes to learn that not everything he learns can be trusted. The true question his: Can he even trust himself? READ REVIEW

Note: Michael Sheen was replaced by Guy Pierce because of scheduling issues. Release date moved from February 21, 2020 to March 13, 2020.