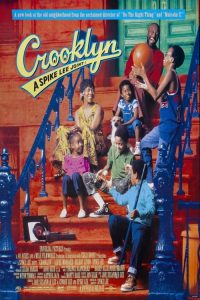 Synopsis: As her teacher mother, Carolyn (Alfre Woodard), and her jazz musician father, Woody (Delroy Lindo), worry over monthly bills, grade-schooler student Troy Carmichael (Zelda Harris) banters and bonds with her four brothers. Against her will, Troy is sent to her aunt’s southern home for a summer visit, but when she returns to her bustling Brooklyn neighborhood, she learns that a family member is gravely ill. Already mature, Troy is forced to face to some very grown-up facts about life and loss.

Note: Hard to believe but I found a couple of Zay Smiths. I didn’t find Hector M. Ricci. I did find a comedian named Ricci Hector but I don’t know if they are the same person. I need to watch the film again to better identify people.