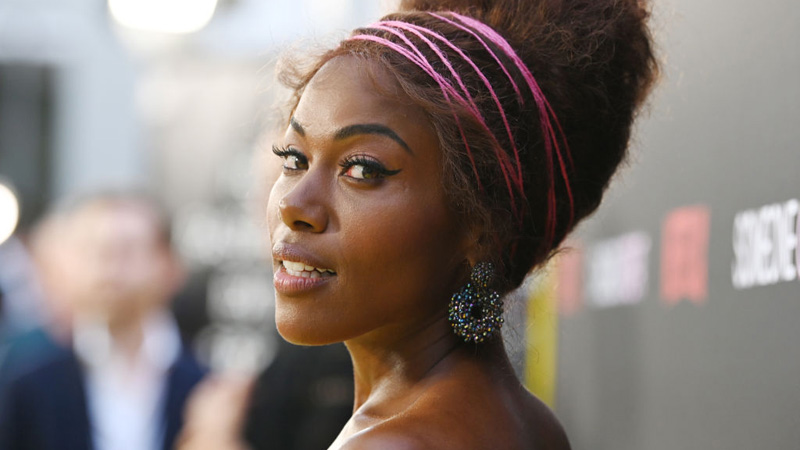 by Aramide A. Tinubu | Shadow and Act

The landscape of cinema has been changing slowly but surely. With more women and people of color behind the camera, genres are stretching and shifting. Different types of stories are finally being showcased to the masses. With her directorial debut, Someone Great, Jennifer Kaytin Robinson shatters the generic tropes of romantic comedies. Instead of turning her lens on a romantic relationship, Robinson puts the bonds and commitments that women have amongst their friends at the forefront.

Someone Great follows Jenny (Gina Rodriguez)— a New York-based music journalist who has been offered a career-making position in San Francisco. Instead of making the move with her, her long-term boyfriend Nate (Lakeith Stanfield) ends the relationship. Grappling with heartbreak and her impending relocation, Jenny leans on the women who’ve had her back from the beginning. There’s Blair (Brittany Snow), a Type A marketing executive and Erin (DeWanda Wise), a carefree top-selling real estate agent with commitment issues of her own.

Ahead of Someone Great’s debut on Netflix, Shadow And Act sat down to chat with Wise about friendships, looking back at our twenties, and the new landscape of cinema.

“I’ve never seen this,” the She’s Gotta Have It actress explained. “It’s kind of remarkable when you’re like, ‘Oh, wow. This seems like it should be more plentiful.’ Or, ‘I should have seen more of this.’ But hey, I’m happy to be slightly ahead of the curve. Someone Great was one of those scripts that I read where I was like, ‘Oh, this is so true. This looks and feels how my life was or is.”

Hollywood has focused so heavily on romantic love as an aspiration instead of something to be added to an already full life that the foundation of who we are as people and the relationships we have with our friends often seem obsolete in films and on television. “[Friendship] is the central love story,” Wise said thoughtfully. “This is going to sound horrible, but I think I felt more sparks when I met my best friend than I did when I met my husband. There was this immediate sense of kinship, and we call each other our soulmates because she is my soulmate. You only get a few. You only get a few friendships like that. What’s fascinating is my mother’s generation,her friendships looked completely different than mine. That generation, they were essentially leaving home, you meet your spouse, and that is it. That is your whole life; your whole world. I’ve only ever known friends that are family. That’s what my life looks like. I probably brought a more personal point of view to this movie than anything I’ve ever been a part of.”

Though Rodriguez’s character, Jenny, is the focal point in Someone Great, Blair and Erin aren’t filler characters; They also have their own fears, aspirations and distinctive personalities. In films, women are often depicted as perfect beings or quirky manic pixie dream girls who only exist in the male imagination. Thankfully, Robinson refused to hang her female characters out to dry.

“[Jennifer] is a filmmaker and a storyteller who knows that it’s important for every person to feel and be a whole, living, breathing organism,” Wise explained. “As an actor, that’s what we naturally gravitate towards and say yes to. Erin, when you meet her, you’re like, ‘Oh man, she’s really all over the place.’ But then, when I discuss backstory and nerdy actor stuff with Jenny, we’re like, ‘Oh no, actually, she would be one of the top real estate agents in New York.’ Erin’s got money, okay! It’s money that she has earned from finding and walking and living and figuring out her purpose. That’s not something that needs to be preached about; it’s just something that can exist and something you can see in the set decoration.”

Someone Great was shot over six weeks in the summer of 2018 in New York City. For Wise,who attended New York University, it was the perfect time for reflection, nostalgia and to work with her peers. “It really struck me how segregated our industry can be and how you can operate in these very, very separate lanes,” the Twilight Zone actress explained. “Gina [Rodriguez], who’s also an executive producer on this project, and I’ve known half my life –we went to NYU together. She brought me into it, that’s how I came on board. This process was an organic way of being like, ‘Let’s reflect our lives in the world as we know it to be, and we’re all more powerful together. We just are.’ Returning to shoot on location in New York City –I became a woman there. So, it’s such a phenomenal and existential experience that I wouldn’t dare try to qualify.”

With stories like Someone Great and various perspectives slowly moving into the mainstream —Wise is just thrilled by the abundance. “I believe in options,” she articulated. “I’ve always said that. I believe in art and storytelling presenting alternative ways of being. Personally, I feel like I have a fairytale ending, and that happened, and life is great, and we’re really happy, but marriage isn’t for everybody. Companionship isn’t for everybody. There are other ways of being. We’ve seen the ramifications of only having one version of how something is supposed to happen. It could be extremely toxic and extremely disillusioning when you think that life is supposed to go one way, and then you’re living it, and it just doesn’t. It can actually be really shattering. So, just being a part of something that offers another option is a little mini-revolution.”

Up next, Wise will be stepping back into Nola Darling’s shoes when the second season of She’s Gotta Have It premieres May 24th on Netflix. This year Nola is all about getting stamps on her passport. “It’s 18 months later,” Wise revealed about the Season 2 opener. “So, there’s some maturity. She literally goes places this season, which is always a blast. That’s all I’ll say. I’m just very, very, very fortunate to be able to have the opportunity to continue to do what I love to do on the scale where people get to respond to it on a very personal level.”