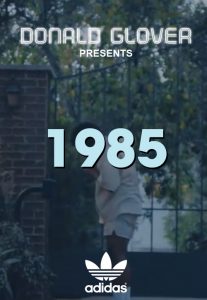 Synopsis: One of a series short films produced by Donald Glover in partnership with Adidas Originals for the launch of his shoe line. In “1985”, Donald is having trouble with the code for the security gate at his home.