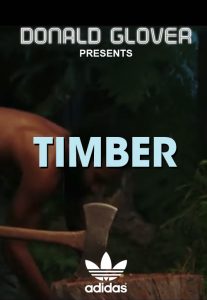 Synopsis: One of a series short films produced by Donald Glover in partnership with Adidas Originals for the launch of his shoe line. In “Timber,” Glover pays homage to the American folk hero, John Henry.