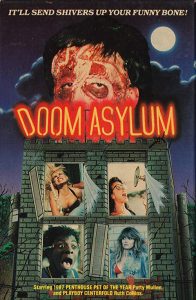 Synopsis: This low-budget satire of horror films finds a female punk rock trio being tormented by the ghost of a victim killed in a car crash with the mother of one of the young women. Michael Rogen plays the corpse who rises from the autopsy table to seek vengeance on the fearful femmes.