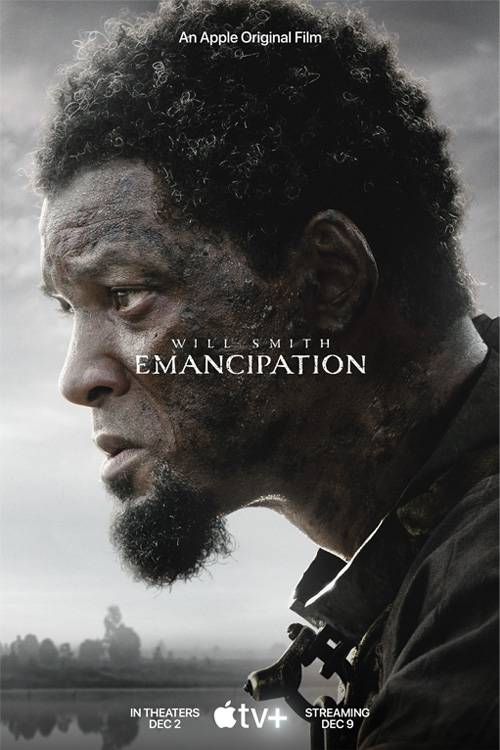 Synopsis: A runaway slave forges through the swamps of Louisiana on a tortuous journey to escape plantation owners that nearly killed him.

Release Date: December 2, 2022 (USA) | Length: Unknown | Genre: Action, Thriller | MPAA Rating: Unknown | Note(s): Original announcement. Antoine Fuqua and Will Smith are producers on this project. After the “Smithening” at the 2022 Academy Awards, the release date was pushed to 2023. The release date has since been moved back to 2022. December 2 is the theatrical release date. The film appears on Apple+ on December 9, 2022.