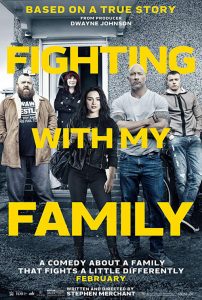 Synopsis: The movie is based on the life of the wrestler Paige, a former UK wrestler and his family, who make a living performing at small venues around the country, while Paige’s kids dream of joining World Wrestling Entertainment. READ REVIEW

Note: Dwayne Johnson’s production company Seven Bucks Productions (along with others) is set to produce. Release date moved from September 14, 2018 to March 1, 2019 and then again to February 14, 2019. It was also announced that the movie would have a surprise screening at the Sundance Film Festival 0n January 28, 2019.