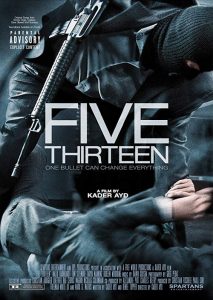 Synopsis: In this tension-packed thriller, brothers Mike and Tre set out in search of better lives, trying to leave their demons behind for good. After being released from prison for a crime he didn’t commit, Mike’s only care in the world is to protect his young daughter from an unforgiving ex. But the justice that awaits him on the streets is far worse than anything Mike had experienced in prison. His older brother Tre begrudgingly agrees to one last “delivery”, attempting to free Mike and his new girlfriend from the grips of the criminal underworld. What transpires is a wild misadventure where multiple lives unknowingly intersect, and where decisions are made that will haunt everyone forever.