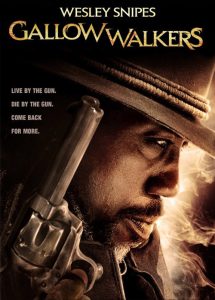 Synopsis: A mysterious gunman, Aman, is the son of a nun who breaks her covenant with God to ensure his survival. This act brings a curse upon Aman – all those that die by his gun will return. Soon, he is hunted by a gang of his undead former victims, led by the vicious Kansa. Aman enlists Fabulos, a new young warrior, to fight by his side.

Note: Premiered at the Film4 FrightFest in 2012.