Synopsis: Gangsters in Harlem make plans to commit a kidnapping.

*Note: Although the film was copyrighted in 1935, records from the New York Censor Board indicate that it was submitted for approval in Apr 1934. At that time, the Board approved the film “with eliminations.” The exact date of the picture’s release is not known. According to modern sources, the film was made early in 1933 and released in 1934, and the cast included Lorenzo Tucker as a gangster, Lionel Monagos, “Slick” Chester and possibly Dorothy Van Engle.

**I did not find a trailer for this film. It may be lost. 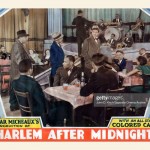 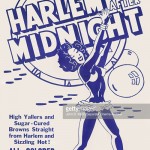