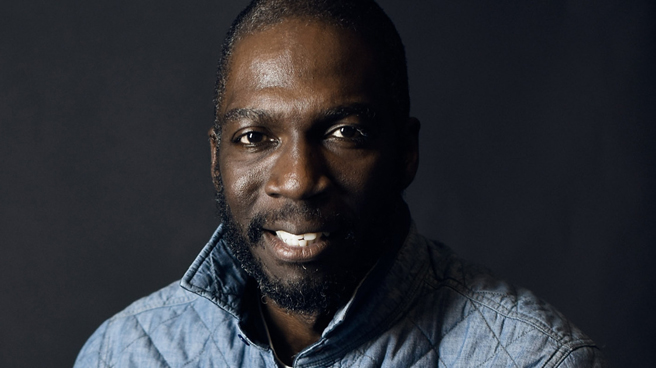 Rick Famuyiwa is one of the most profitable voices in African American cinema at the box office with such titles as The Wood ($6M cost, $25M domestic) and Brown Sugar ($8M cost, $27.4M domestic). However, when he went to shop his comedy Dope about a high school senior’s zany mission to escape the confines of his Inglewood, CA urban neighborhood for the Ivy league walls of Harvard – think Martin Scorsese’s After Hours meets Clueless but in a different L.A. environ — the major studios, who’ve lately doted on African American romantic comedies, didn’t get it. So Famuyiwa and producers Forest Whitaker and Nina Yang Bongiovi, who were behind 2013 indie hit Fruitvale Station, made Dope their way, outside the studio system. In the end, Famuyiwa got everyone hooked on his feel-good teenage tale.

The Sundance premiere yielded a fierce bidding war among Weinstein Co., Fox Searchlight, Focus Features and A24 with Open Road and Sony winning rights in a $7M MG deal and a $15M P&A. Dope is now being passed around on a worldwide buzz tour. It hit the Croisette as the Directors’ Fortnight closing title where it received a lively standing ovation on Friday. Dope is also making stops at colleges around the nation, and it will play the Los Angeles Film Festival before opening against Walt Disney Pixar’s Inside Out on June 19.

“Malcolm, the main character, is definitely a kid modeled on myself,” says Famuyiwa who like Malcolm transcended his Inglewood neighborhood aka The Bottoms. “Malcolm’s point of view is one of my own, not wanting to be defined or categorized. He was definitely my double on screen.” Famuyiwa sat down with Deadline at the Hotel Gary d’Albion bar in Cannes to discuss how Dope was made.

DEADLINE: You shopped this script around to the studios, but they didn’t seem to latch on to it. When it comes to African American cinema today with the majors, are they just interested in romantic comedies like Think Like a Man? During the ’90s, there were arguably more genres on screen for African American audiences with Spike Lee’s canon, Jackson-McHenry productions like Jason’s Lyric, and dramas like Boyz in the Hood.

RICK FAMUYIWA: It starts with the idea of Black cinema itself. Part of the problem is that it’s thought of as something specific, niche and small. I think Black cinema is thought of in small terms. That’s where most of the problems come from. When there’s a film that has success, like in the ’90s with the crime hood films; when one of them does well, it becomes the replication, or there’s a romantic comedy that breaks out, it becomes a singular way of looking at it. (The thinking is that) there can only be one representation at a time – it’s like they’re reading tea leaves on what Black people want. What should be driving the conversation is: What’s the story? What’s the movie about? Is it a compelling story? And if it is, then you make it regardless of the color of the people behind or in front of the camera.

DEADLINE: This is such an upbeat, positive film, a wonderful empowerment tale.

FAMUYIWA: These three kids have ambition, it’s what drives the movie. That optimism, Malcolm’s ambition, is the lense by which the audience connects. Whatever success the film has had, it’s because people relate to the honesty of this kid even if they’re not from that environment. It’s the same way that I connected to The Breakfast Club or Ferris Bueller’s Day Off even though I wasn’t a white kid from suburban Chicago. Back to the first question, people will say that The Breakfast Club is a mainstream movie and try to characterize Dope as niche. But as I connected to those characters in Breakfast Club, so can audiences connect to Dope.

DEADLINE: When did you decide to make this as an independent film? Given how strong the first 10 minutes are, did you ever think of making a featurette to sell the studios on?

FAMUYIWA: When we sent the script out, we felt with Forest Whitaker involved (as producer) and Pharrell Williams doing the music, that at a certain price in the studio system we can make this work. We knew it wasn’t going to be a big budget movie. It’s the kind of film that would be fiscally responsible. It was surprising at our budget level that no one was willing to take the risk. Maybe we could have done a 10-minute featurette, but it wouldn’t be with this cast. Forest and Nina Yang Bongiovi had equity financing they pulled together.

DEADLINE: What was the budget? You’ve kept the budgets on your movies so low, arguably they’ve all made profits.

FAMUYIWA: It was low.

FAMUYIWA: Yeah. That’s what is so surprising. We were always going to be a low-seven figure movie. Here’s a film that could connect with people. It was always surprising that no one would take a bite. We took the bite and took ownership in it. Looking back, I don’t know if the movie could be made in (a studio) system; if it would have survived that process.

DEADLINE: Casting the right stars in an indie film is so vital when it comes to financing. There’s always the need to have a big name for the poster and the box. Your biggest name in the film is Zoe Kravitz, but she doesn’t appear on the poster. Can you discuss why you went largely with fresh faces?

FAMUYIWA: Everyone in this movie are stars in their own right, from A$AP Rocky to Zoe to Quincy Brown; our three young actors are superstars and will be in the future. These are the kids that are making noise in their generation and they’re not on Hollywood’s radar because so often the culture isn’t driven by Q scores anymore. What’s cool isn’t driven by that. There’s a connection that these kids have through social media and their reach through the internet. Shameik Moore did a little TV, but all of them have fervent followings in their own right just like young comedians similar to Kevin Hart years ago. Lots of people knew who Kevin Hart was a decade before he hit it big. These actors are the same way. People are surprised by his success, but there’s a 10-year history there.

FAMUYIWA: He wrote the four original songs that the three actors sing in the movie. He was the first person on board before I had a script. I had a treatment for the film’s world and for the characters and he latched on to that. We met through WME. We have mutual agents there. When I talked about what I wanted to do next, my agent felt that this was something that Pharrell would respond to because of his background. They got us with Mimi Valdes who runs his company, I Am Other. He responded to the pitch and treatment, which gave me a shot to go out and write it.

DEADLINE: How long did Dope take to shoot?

FAMUYIWA: It was a 25-day shoot, and it was less than a year ago. A year ago, we hadn’t even locked in all our financing.

DEADLINE: There was a huge bidding war for the film at Sundance. What made Open Road the right guys to go with? Sometimes it’s not about the money, sometimes it’s about – do I get to keep my original cut?

FAMUYIWA: Well, first they got it creatively. They seemed to get the movie. In terms of their corporate environment as an innovative company. They felt very much like the movie. They are a scrappy upstart who have a lot to prove and have a chip on their shoulder which is very much in the spirit of the characters and my movie. They were kindred spirits. When talking to Tom Ortenberg, Sophie Cassidy and Peter Lawson about their company, they were going to support it in a very big way. They were going to put their money where their mouth is. We see all these films come out of Sundance and die on the vine and in the theater. Open Road has a big approach that they’re bringing to the movie.

DEADLINE: They’re going to platform it?

DEADLINE: You’re in pre-production on Confirmation, the Anita Hill film for HBO with Kerry Washington in the lead role. What’s your approach to the film given the controversy surrounding Hill’s scenario during the Clarence Thomas proceedings?

FAMUYIWA:  It’s about the confirmation hearings themselves. The process. The script by Susanna Grant is fair in representing these people as two human beings caught up in an unnatural situation. Even though what happened between them occurred 10 years earlier, it resurfaced in a public and unflattering way. And so the film deals with basically the two-week confirmation process. It begins with Thurgood Marshall retiring. The film doesn’t look back to analyze what he said and she said. It’s about the intersection of politics, race, and the emergence of the 24-hour news cycle that put this whole episode in a whole new light. People hadn’t thought of gender relations on this scale in the workplace. There were a lot of written and unwritten rules that were still around. What’s interesting about the timing of the story now is that we’re going to have a serious presidential contender who is a woman.