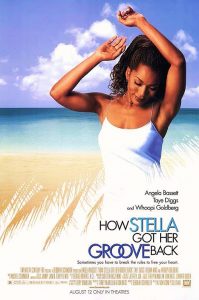 Synopsis: Stella is a highly successful, forty-something San Francisco stock broker who is persuaded by her colorful New York girlfriend Delilah to take a well deserved, first-class vacation to Jamaica. As she soaks in the beauty of the island, she encounters a strapping, young islander, Winston Shakespeare. His pursuits for her turn into a hot and steamy romance that forces Stella to take personal inventory of her life and try to find a balance between her desire for love and companionship, and the responsibilities of mother and corporate executive.