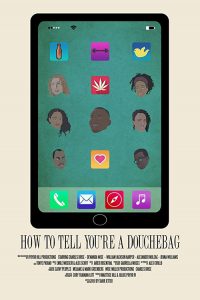 Synopsis: A controversial blogger in New York finds himself in hot water when he messes with the wrong woman.

Note: This movie might have been originally titled “Occasionally Dating Black Women”. I’m not sure but it is starring the same people and is written and directed by Tahir Jetter. Premiered at the Sundance Film Festival in 2016 and on BET September 16, 2016.