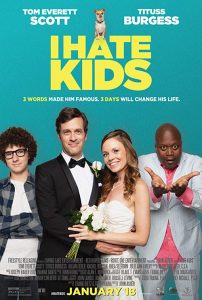 Synopsis: Nick Pearson is a life-long bachelor who is finally settling down. On the brink of his wedding he is surprised to find he has a 13 year old son who has come to find his him through the help of a psychic. The problem is Nick can’t stand kids and would happily send the boy back to live with his biological mother, except that no one has any clue who that might be. Having nowhere to turn Nick must hit the road with the boy and the neurotic, inept psychic to track down dozens of his disgraced ex-flings to whom he must ask the awkward question – with very mixed results.