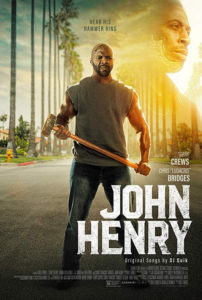 Synopsis: A modern retelling of the folklore, the plot follows John Henry, a man who has traded violence for a peaceful life in South Los Angeles. But when he meets two immigrant kids running from the leader of his former gang, Henry must decide whether to revisit his troubled past in order to give them a future.