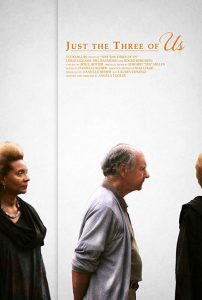 Synopsis:  Just The Three Of Us is a short fiction film about an interracial couple in their 70s looking to spice up their marriage.