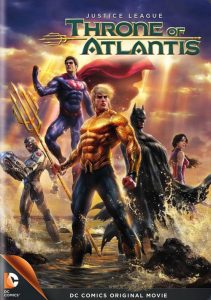 Synopsis: When Atlantian troops assault Metropolis as revenge for the death of their king, the Queen seeks help from the Justice League to find her son who has gone missing during the madness.