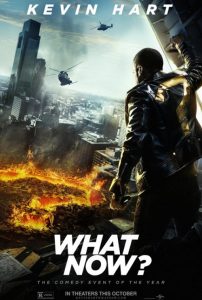 Note: Vin Diesel appears in the audience in the trailer but I didn’t see him in the movie.