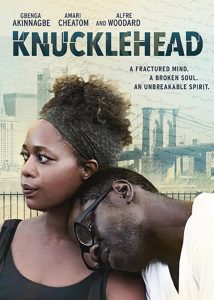 Synopsis: When his brother disappears, mentally disabled Langston Bellows (Gbenga Akinnagbe) is left without a protector in Brooklyn’s housing projects. Now under the control of his abusive mother (Alfre Woodard) Langston must take his future into his own hands. He sets out to find the one doctor he believes can cure him, a celebrity magazine columnist who touts questionable prescription drug cocktails. If Langston can become “mentally excellent”, it will mean moving into an apartment of his own with his girlfriend, who may herself be a creation of his wishful thinking. Landing in the unscrupulous world of pharmaceutical marketing, the search for his mysterious doctor and hero leads to some unwanted discoveries. Langston strives for independence from his prior life; from his mother, from his neighborhood and from his fractured mind – while all around him people are not who they seem.