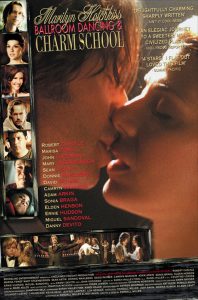 Synopsis: A widowed man’s life turns upside down when he embarks on a journey to find a dying man’s long lost love.

Note: I could not identify the guy playing the records. It sounded like Mary Steenburgen called him Freeway and then said thank you in French. I watched the full movie and the credits and check IMDB twice but couldn’t find any character that I could credit to him.

UPDATE: A message board was started on IMDB about the character called Freeway. The actual actor chimed in and said his name was Terry Lyfe Jackson. He is a dancer born in Columbia, Mississippi. His stage name is LYFE which stands for Love Yourself Forever Eternity. Also, (according to several people on the message board) if you watch the DVD commentary, LYFE is talked about but doesn’t appear in the credits. Actually he does appear in the crew portion of the credits as a stand-in under the name Lyfe. Mystery solved! IMDB has since updated the cast list.