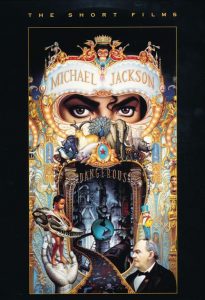 Synopsis: A pharaoh and his queen seek new entertainment for the court. After a palace guard presents jugglers and fire-eaters to no interest from the royals, a black-robed wizard shocks the court by disintegrating before reforming as a gold-clad Michael Jackson, whose romantic song and dance directed at the queen angers the pharaoh. Michael is chased throughout the kingdom by the pharaoh’s guards, pausing to briefly romance the queen and lead a hip-hop dance breakdown before spinning and turning to sand, evading the guards once and for all.

Note: The video premiere was simultaneously broadcasted on MTV, BET and FOX on February 2, 1992. The song was produced Michael Jackson and Teddy Riley. Choreographed by Fatima Robinson.