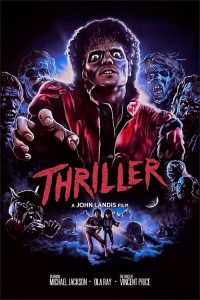 Synopsis: The iconic short film begins with Michael and his date watching a horror film. After leaving mid-way through the movie, they are walking through deserted streets and graveyards where ghosts and ghouls rise in the mist. Michael’s character is more than just a protective boyfriend. The film features one of the most beloved and recreated dance scenes of all time. Michael, surrounded by zombies, is at the height of his powers as a performer and star. In creating Michael Jackson’s Thriller 3D, the process began with Michael’s own original 35 mm film negative, which was not reedited or recut in any way, and resulted in a 3D conversion of the acclaimed film using the latest available technology.

Note: Theatrical Premiere at the 2017 Venice Film Festival. I didn’t find a trailer for this short film. Above is a clip from “This is it”.