The ball is now rolling on the DC Extended Universe’s Aquaman thanks to Arthur Curry’s appearances in both Batman V Superman: Dawn of Justice and the first Justice League teaser trailer. Jason Momoa will be headlining the upcoming James Wan-directed DC superhero movie – and now, the next major role to be filled is that of the supervillain who will be facing off with The King of the the Seven Seas in his first solo film.

In the past few days alone, rumors have begun to pick up steam that the snake to Aquaman’s mongoose (or the mongoose to his snake) in the upcoming movie will be none other than Black Manta, the archenemy of Aquaman who first appeared in Aquaman #35 all the way back in 1967. Though neither confirmed nor denied by Wan as of yet, the role has already drawn the interest of veteran actors like The Wire star Michael K. Williams (who has taken to Twitter to rally for the role).

Earlier today, another actor followed in Williams’ footsteps,using the arm of social media to throw his name in the Black Manta ring. That actor? Taekwondo black belt and Spawn himself, Michael Jai White.

I accept your nomination! https://t.co/pn4XAlCYHr 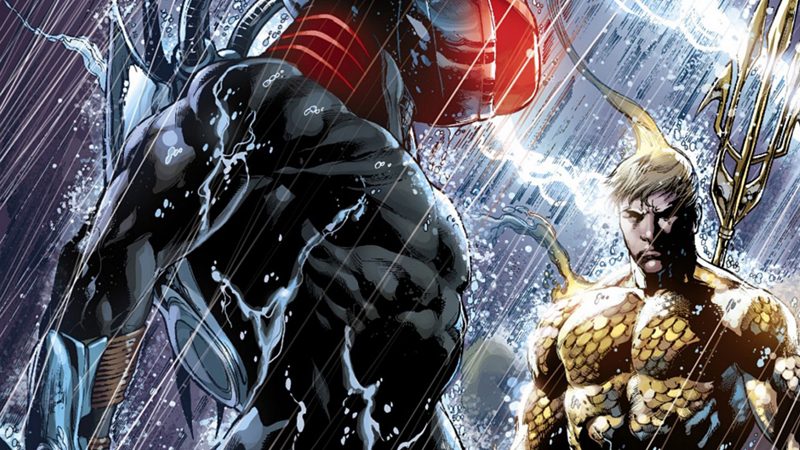 If Black Manta is, in fact, the antagonist in Aquaman, then Jai-White would arguably be a good choice to tackle the role. Aside from his physical attributes and martial arts background, White is also a familiar face to comic book fans – having already played one comic book character on the big screen (again, in 1997’s Spawn) and having appeared one of the most-acclaimed comic book film adaptations ever, 2008’s The Dark Knight, as the mob boss Gambol. He’s also portrayed legendary boxer Mike Tyson in the 1995 HBO film Tyson, legendary video game character Jax Briggs in the 2011 Mortal Kombat webseries Legacy, and ass-kicker/lover Black Dynamite. So basically, if there’s anyone that could match the physicality of a Jason Mamoa, it’s a guy like Jai White.

As thrilling of a prospect as that is, it’s important to note that Aquaman is still very much in early pre-production. One of the most recent updates we received on the film was that its script is being re-written by Will Beall (Gangster Squad), so it will probably be quite some time before Wan begins narrowing down his choices for Black Manta – assuming the character is, in fact, the movie’s primary antagonist.