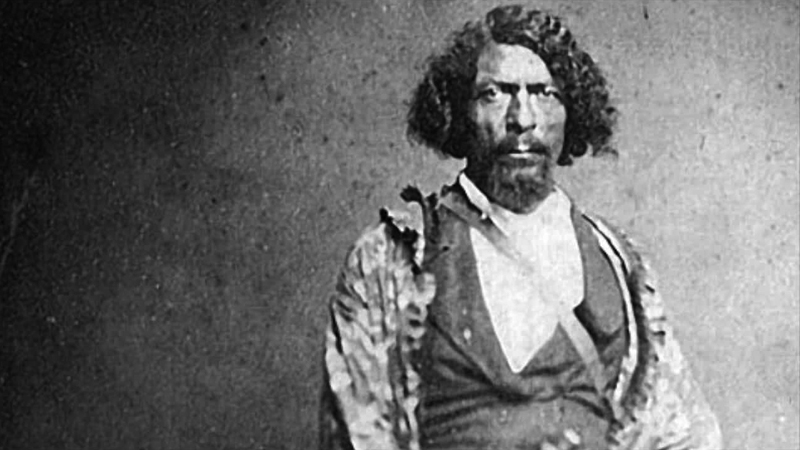 The story of one of the least known heroes of the Old West, Deputy Marshal Bass Reeves, is finally headed to the screen. HBO has HBO logoput in development an untitled event miniseries project, from Morgan Freeman and Lori McCreary’s Revelations Entertainment and Grey’s Anatomy co-star James Pickens, Jr.

Written by John Sayles (Lone Star) based on Art T. Burton’s biography Black Gun, Silver Star: The Life and Legend of Frontier Marshal Bass Reeves, the untitled event miniseries tells the story of the great Bass Reeves who escaped from slave ry during the civil war, fleeing into Indian territory where he honed his firearm skills. He went on to become one of the first black US Deputy Marshals in the Oklahoma territory deputized by the legendary “hanging judge” Isaac C. Parker. With his heroics — a master of disguises, a great shot and one of the most effective lawmen in Indian territory who brought in more than 3,000 outlaws and killed some 14 –Reeves is rumored to be the inspiration for The Lone Ranger character who could not be cast in that era as a black man, so he was made into a white man with a black mask. He will be profiled in an upcoming episode of Bill O’Reilly’s Fox News series Legends and Lies.

Morgan and McCreary had been trying to bring Reeves’ story to the screen for more than two decades, after first being introduced to it in 1993 by Neil Travis, editor of Morgan’s directorial debut, Bopha! Revelations originally set up the project as a feature at Castle Rock in the late 1990s with Morgan attached to star as Reeves. It would be a dream come true for Freeman who describes himself as “a Western fanatic.” He grew up watching Westerns and loved the genre though there was something that stroke him early on. “Wait a minute, who was there — there were bunch of white people and a few Mexicans,” Freeman recalled his childhood impressions. “I always wanted to do my own Western that was going to be it,” he said of the Bass Reeves project. “This is a black man in America’s legendary Western history who has been totally overlooked. Any chance I get to revisit historical moments of our country is important to me.” Morgan and Travis read a different book by Art Burton, the pre-eminent scholar on Bass Reeves, Black, Red and Deadly: Black and Indian Gunfighters of the Indian Territory, and traveled to Reeves’ old stomping grounds to do research, including a trip to Forth Smith, AZ where there is a statue of Reeves, the first black U.S. Deputy Marshal west of the Mississippi River.

But as it happens, the feature project moved around town and went through multiple incarnations but the script never came together in a way the producers wanted. Still, the Bass Reeves project was never taken off Revelations’ slate as Morgan and McCreary continued to revisit the idea occasionally. Recently, the two focused their attention to television, executive producing their first drama series, CBS’ Madam Secretary.

“We were watching what was happening in television, the extraordinary characters it was introducing, and through about which of our projects would work as a miniseries,” McCreary said. As they were putting together the Bass Reeves tale as a miniseries, Freeman and McCreary heard of Jim Pickens’ own 10-year efforts to tell the story of frontier Marshall Bass Reeves. Pickens had optioned Burton’s Black Gun, Silver Star, which became source material for the mini. The trio met and quickly joined forces. In a brainstorming session on who would be the dream writer for the project, Morgan through of John Sayles, the Oscar-nominated writer-director of the 1996 Texas feature Lone Star. With Sayles on board, the project was pitched to HBO.

In addition to a being a story of a hero frontier Marshall, the Bass Reeves project is also a father-son tale. Among the accounts of his extraordinary captures, there was one very tough manhunt — that of his own son who had been charged with the murder of his wife in a crime of passion. Though the lawman was shaken, he insisted on taking the assignment and turned in his son two weeks later. The son was tried and sent to prison but was later pardoned for good behavior and lived the rest of his life as a model citizen.

Freeman and McCreary executive produce the mini through Revelations Entertainment, Pickens, Jr. though Bay Spring Productions. There are no longer plans for Freeman to portray the Western hero though he may play another role in the mini.