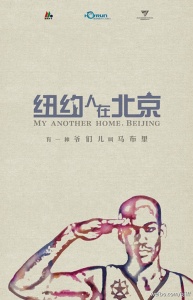 Note: Premiered at the Shanghai Film Festival) in June 2017. The movie is known by several different titles. In China it is “I am Marbury”. It is also known as “New Yorker in Beijing”. After watching trailer, I am still confused about whether this is a documentary or a live action film biography. Trailer looks like maybe it’s both.