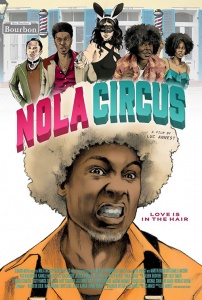 Synopsis: In this over the top comedy a rivalry between two competing barbershops in New Orleans escalates dramatically, sending the lives of the owners, their families, and their friends spiraling out of control.

Note: Originally premiered at the Harlem International Film Festival on September 11, 2015. Above is the US theatrical release date.