Naomie Harris on the Future… 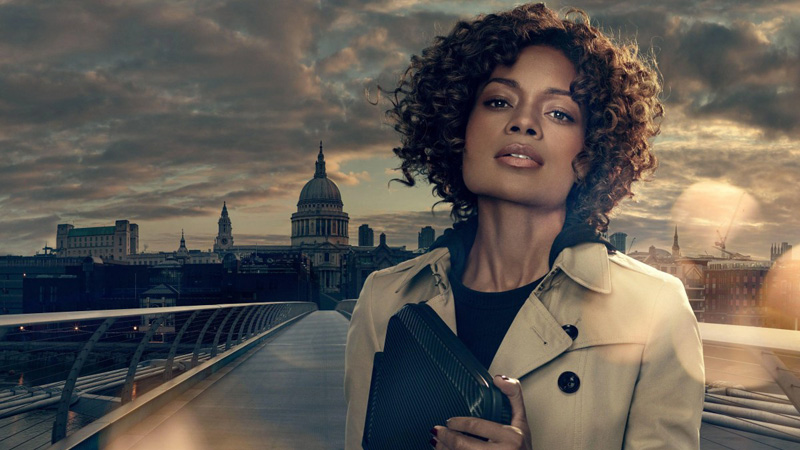 Given it’s been a tough 12 months for cinema, it would be an achievement to appear in just one of the top 10 highest grossing films of the year. Naomie Harris has appeared in two: “No Time to Die” and “Venom: Let There Be Carnage,” as MI6 secretary Moneypenny and superhero Shriek, respectively.

Now the actor, who has spent much of her career moving seamlessly between big budget blockbusters such as “Pirates of the Caribbean: At World’s End” and indie fare, ends the year on screen in Apple Original Films’ “Swan Song” opposite Mahershala Ali, a sci-fi tearjerker that’s already picking up Oscar buzz.

And as if she wasn’t busy enough, having also recently wrapped Showtime series “The Man Who Fell to Earth” opposite Chiwetel Ejiofor, Harris is making her producing debut, she exclusively tells Variety, on a project about an aspect of Black history traditionally under-explored in cinema that she also plans to star in.

While Harris’ ascent may appear effortless, it hasn’t, she admits, always felt that way. It wasn’t until 2016’s “Moonlight,” on which she and Ali collaborated for the first time, each receiving an Academy Award nomination in the process (Ali went on to win in his category) that Harris felt things shift into a new gear.

“People at so many points in my career said, ‘This is the moment your career is going to take off; you’re never going to have to worry about working again,’” Harris tells Variety. “You know, ‘Do ‘[Pirates of the Caribbean]’ and you’re going to be okay; do [James Bond], you’re going to be okay.’ And actually, the thing that made the most difference was this tiny little movie where I actually didn’t get paid anything at all and I worked on it for three days. And that was ‘Moonlight.’”

So it’s perhaps unsurprising that when Ali boarded “Swan Song” as producer and lead actor, Harris jumped at the opportunity to reunite with him on screen. “When I worked with Mahershala on ‘Moonlight,’ we worked together for just one day and we didn’t really have very much time together to really understand each other’s technique or what have you,” says Harris. “But I then spent months with him doing the whole publicity campaign for the movie and really got to know him as a person and he’s just a phenomenal human being.”

It helps that the actors have a similar approach to their work. “Most people like a lot of rehearsals and to speak to their co-stars and, you know, analyze the script, but we’re exactly the same: we don’t like any of that,” explains Harris. “We do all the research on our own and come to set prepared and then just want to play, just see what happens in the moment and create the magic there rather than over-intellectualizing it or over-rehearsing it.” 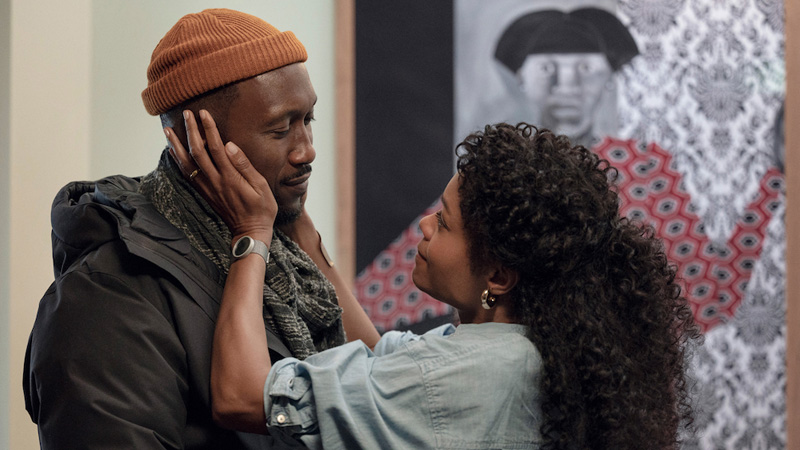 The film, from Academy Award-winning writer and director Benjamin Cleary, sees Ali play Cameron, a terminally ill man debating whether or not to secretly clone himself in order to spare his wife Poppy (Harris) the pain of dealing with his death after she has already lost both her parents as well as her twin brother.

Despite her enthusiasm for the “phenomenal” script, it took Harris time to embrace her character. “To be really honest, I had to go on a journey to allow myself to fully connect with Poppy,” Harris admits. “I always choose to play these very strong characters and I judged her as not being strong, because she was so vulnerable and so open-hearted. And I saw that as weak initially. So I had to really do an internal journey to overcome my judgement of her. By the end, I discovered that she’s actually one of my strongest characters, because it takes such strength to be that open-hearted.”

It helped that the film was “one of the best sets that I’ve ever been on,” says Harris, explaining that in one of her first Zoom conversations with Cleary, the director told her he was choosing the cast and crew based on “their heart-centeredness.”

“I think to be a really good director, you have to be incredibly sensitive,” says Harris. “And [Cleary] is so sensitive that I was just like, I know that he is going to be a phenomenal director and I’m going to be in great hands with him.”

Could Harris, who describes herself as “super emotional,” see herself sitting in the director’s chair some day? She thinks it’s unlikely. “I love my freedom as an actor. I always feel so grateful that I get to work on my own part, my own contribution, and then I come and I deliver it, but I’m not responsible for anybody else, you know. Whereas as a director I would be responsible for literally everyone. I don’t know if I’m up for that.”

Harris is, however, keen to move behind the camera as a producer and is currently working on her first project, which, she says, is currently in the writing stage. “There is a project at the moment that I am in the process of producing and I’m starting that,” she says. “I will be acting in it. I don’t know if I can really say much more. It’s [about] exploring parts of Black history that are under-explored. So I’m super excited about that.”

When it comes to representation for people of color in the industry, Harris says she has “seen masses of change,” pointing to “Swan Song” as an example. “This is a project that wasn’t written with a Black family in mind, Ben will happily admit, but Mahershala used his platform to change the look of the family. And it doesn’t change anything about the story whatsoever. It doesn’t change how impactful it is, doesn’t change its message in any way. But it just means that it provides opportunities for people of color that wouldn’t have been there.” 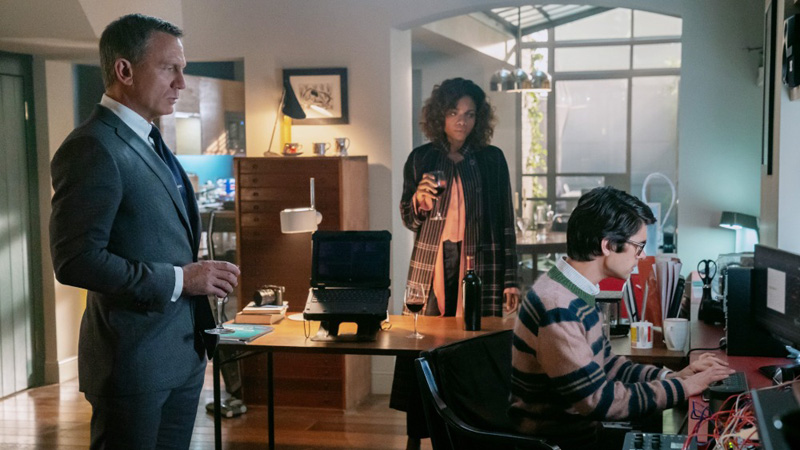 She also thinks below-the-line representation is improving, noting that on “The Man Who Fell to Earth” those in charge did “a phenomenal job of making sure the crew were ethnically diverse.”

None of which is to say the industry has fixed all its diversity and representation issues. “I definitely think there’s masses of room for improvement,” Harris says, in particular citing the types of stories that are being told.

“I really want to explore more of my and my ancestors’ history and have an opportunity to put those historical stories on screen. That’s something that I’d be really passionate about. Because I think too often Black history is just associated with slavery. And that’s a very small part of what constitutes an incredibly interesting and vast [Black history.] There’s just so much [of it], it’s so rich, and I think that that’s totally under-explored.”

With Daniel Craig finally retiring as James Bond, is it time for a Black or even female 007? Harris, no doubt practiced at answering the question, replies diplomatically. “I just think it’s sad that we focus on the sex and we focus on the color of Bond,” she says. “Because I think that’s the least interesting part of Bond.”

“I think what we want is a Bond to have all of the qualities that we associate with Bond, and that makes us excited to watch a Bond movie. And I think that matters more than color, more than gender. So I’m completely open to whatever Bond looks like [and] sounds like. I just want a Bond that is the ultimate Bond in the same way that Daniel was.”

With Craig exiting the franchise for good — and Bond himself left in dire circumstances at the film’s close — the fate of his castmates, including Harris, Ralph Fiennes as M and Ben Whishaw as Q, have yet to be confirmed. Is there a chance they’ll return to the franchise with a new Bond?