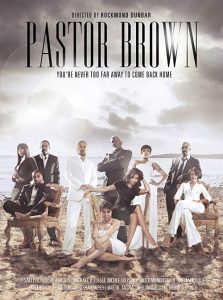 Synopsis: When her father unexpectedly falls terminally ill, exotic dancer Jessica “Jesse” Brown returns home for the first time in more than a decade. Her father’s dying wish – that she take over as head of Mount Olive Baptist Church – turns her life and her family’s life upside down. Jesse accepts her father’s commission, thereby pitting herself against her sister and most of the leadership at Mount Olive who know her sordid past. Through accepting her father’s request, Jesse embarks upon a course that changes her world forever. Not only does she reconnect with her family and her teenage son, but she also finds the dignity and self-love she lost so long ago