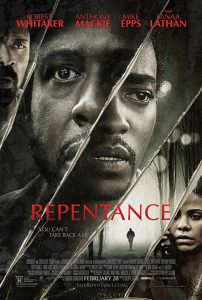 Synopsis: Academy Award®-winner Forest Whitaker delivers an explosive performance as Angel Sanchez, a disturbed man fixated on the tragic death of his mother. Seemingly intent on finding inner peace, Sanchez seeks out Tommy Carter (Anthony Mackie), a successful local author/spiritual advisor. Unaware of his client’s true intent, Carter agrees to help the man rebuild his shattered life. But when Sanchez reveals his true intentions, the life coach must do everything in his power to stay alive in this taut, psychological thriller.