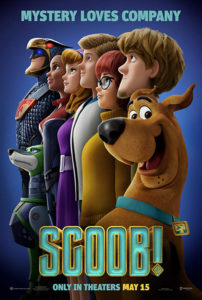 Synopsis: Scooby and the gang face their most challenging mystery ever: a plot to unleash the ghost dog Cerberus upon the world. As they race to stop this dogpocalypse, the gang discovers that Scooby has an epic destiny greater than anyone imagined. READ REVIEW

Note: This film was set to premiere on May 15, 2020 but was moved off the release schedule until further notice. I need to see if it was actually released.