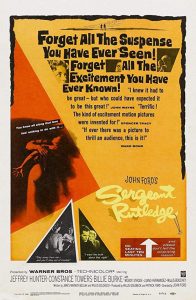 Note: There are a few actors that I couldn’t identify because they had generic roles and no other film credits. There is a chance that Walter Torrence is the basketball player because there are a few athletes in the film, like Rafer Johnson and Trusse Norris (both of whom also went to UCLA).